Teatro del Sol will do this by:

We need your help to make this happen! Please consider donating to our Annual Campaign here

Gracias for your support! 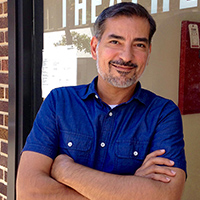 Jose has been an actor, director and theatre arts educator for over 25 years. As an actor, he has worked at every major theatre company in Philadelphia in once capacity or another. Jose recently returned to acting in The Duende Cycle and directed Iraisa Ann Reilly’s One Day Old, both for Philly Fringe Festival 2016. He directed the Philadelphia Premier of Elliot a Soldier’s Fugue by Philadelphia’s own Quiara Alegria Hudes for the Walnut Street Theatre Independence Studio on 3 season and a professional public reading of the same play at the Arden Theatre Co. and just recently directed a workshop reading of The Real Life Adventures of Jimmy de las Rosas by Ricardo Gamboa at Passage Theatre and Clamores del Barrio a collaboration between Teatro del Sol and Taller Puertorriqueno. Other directing credits include: 2.50 a la Cuba Libre for La Fabrica, World Premiere of The Illinois Five by Teresa Miller, NY Premiere production of American Mud at NY Fringe, World Premiere production of the Domestication of Women: A Housewares Party in Two Acts both show by Jackie Ruggerio and for Strawflower Productions, Christopher Durang’s Betty’s Summer Vacation, and productions of Maria Irene Fornes’ The Conduct of Life, Migdalia Cruz’ Miriam’s Flowers, Antonio Skarameta’s Burning Patience, Milcha Sanchez-Scott’s Roosters, and Jose Rivera’s Tape, and The Winged Man or. José will be directing the workshop reading of Good Cuban Girls by Iraisa Ann Reilly and La Gringa by Carmen Rivera for Teatro del Sol and he is also currently the Director of Education Outreach for The Arden Theatre Company. 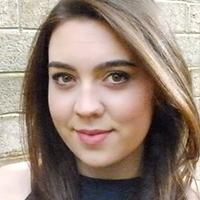 Tanaquil Márquez works as a director, writer and actor who centers her work in bold and passionate plays. Her work has taken many forms, including movement pieces influenced by dance and Lecoq, mask work that opens boundaries between audience and actor and monologue work influenced by Michael Chekhov’s psychological gesture. Tanaquil most recently stared in 1812 Production’s show, This is the Week that Is. She is the s the writer and director of Azul, a passion play about Picasso’s blue period, which premiered at The Drake in 2017 and traveled to Uptown! Knauer Performing Arts Center in West Chester in 2018 for its second run. She has produced and managed many shows such as Passport, by Gustavo Ott, A 2,50 la Cuba Libre by Ibrahim Guerra and Ni Tan Divas Ni Tan Muertas, by Indira Paez. Tanaquil collaborated with Philadelphia actress Eliana Fabiyi and created The Duende Cycle. Two Plays in Two Languages, which was performed at the 2016 Philadelphia Fringe Festival.
Tanaquil holds a BA in Theater and Spanish from Case Western Reserve University as well as a certificate from the British American Drama Academy in London. 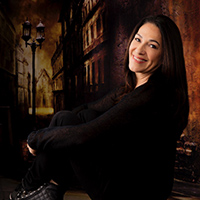 Yajaira Paredes is a Venezuelan actress with an acting career spanning over 35 years. Yajaira worked in RCTV and MARTE TV, as the well-known “villain” in twenty-four different soap operas. In the theater industry, Yajaira was featured as an actress in fourteen stages with diverse and well-known directors. She worked in four movie films and for the past 35 years “Domingo de Resurrección” (directed by the great Cesar Bolívar), has annually aired in Venezuelan television. She took part in a voice over series for pharmaceutical companies, such as “Pfizer”, “Johnson & Johnson”, and “Aztra Zeneca”. Yajaira returned to the stage as an actress in NYC (2012) and as an actress/producer in Philadelphia (2013), with “Mujeres de Par en Par,” by Indira Paez. Following with “Passport” by Gustavo Ott, (2014, Fringe Festival in Philadelphia), Bodas de Sangre de Lorca (2016), Presently, Yajaira is the founder of the Latin program for the Uptown Entertainment Alliance in West Chester and the founder/director for Yajaira Paredes Productions. Also, she is one of the creators of La Fabrica, bilingual theater company in Philadelphia, join later Teatro del Sol. Ni tan Divas Ni tan Muertas de Indira Paez, Azul de Tanaquil Marquez, and A 2,50 La Cuba Libre de Ibrahim Guerra. Fringe festival 2018 with Passport, Gustavo Ott.